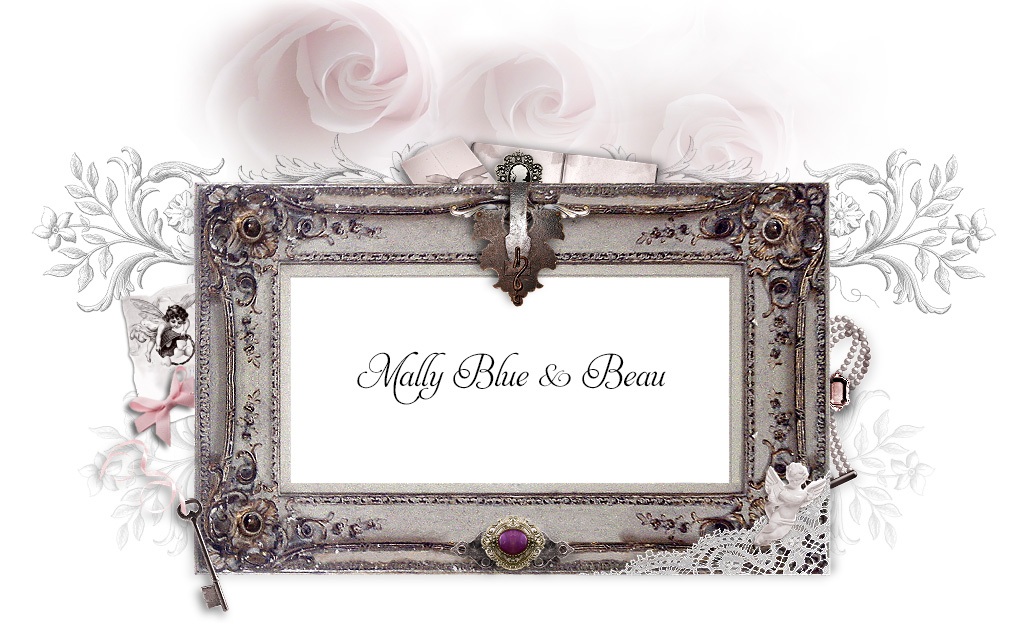 You don’t have to move to be somewhere else.

You don’t need to breathe to feel alive.

A dream, a kiss…a timeless love.

All will take you there…

Although not biologically related, physicists and CIA psychic spies Mally Blue and Beau were raised together from infancy by their guardian, General Napoleon “Tweedy” Tweedman, the director of the secret Remote Viewing Program at the Obelisk Institute in Washington, D.C.

Tweedy’s wife, Claire, died when Mally and Beau were babies.

All their lives, they’ve been everything to each other. Brother, sister, mother, father, teacher, friend…and when they grow into adults: lovers.

But while Beau wanted it all, Mally wanted his freedom. At the moment, neither of them have found what they sought. Although Beau moved on, married, and had a baby, that baby has just died and her marriage is over before it started. For Mally, losing Beau to another man has taught him his freedom means nothing if it comes at the price of being without Beau in his life.

Even though they haven’t seen each other for a year, their emotional and psychic bond is as strong and unbreakable as ever—plus Fate and their work are bringing them back together.

They’re about to find out who they really are, and why their deep and unending love has been preparing them for a destiny even they cannot imagine, in spite of their unique psychic talents and off-the-charts intelligence.

Beau will learn how she fits into the wondrous scheme of this vast universe.

As for Mally Blue…the time has come for him to phone home.

In this scene, Beau has come to Bainbridge Island, Washington, seeking to reconnect with Mally as they begin a new government assignment that will change their lives forever.

Surprisingly, the atmosphere contrasts sharply with their injured, guarded hearts: the first meeting happens in the midst of the carefree, innocent charm of a child’s birthday party… Beau stepped out onto the patio and into the raucous birthday party chanting of kids and adults alike.

And then the roar of the children escalated as the clown came bounding out of the house and clopped to the front of the throng. She laughed out loud.

It was Mally. Quarky the Clown.

His face was covered in greasepaint, and he wore a bright red wig, red and white checkered pants and coat, and big over-sized red shoes on his feet. The kids were going wild as he threw out bubble gum and little rolls of sweet tarts. Then he squeezed his bulbous red nose at the same time he squeezed the horn hanging from his waist, and everyone broke out into more squeals of delight.

“Hey kids,” he yelled, “who wants to learn how to make fake snot?”

In reply, they screamed with abandon while someone called out, “What’s a quarky?”

Mally waited for them to settle down, and then he told them, “The scientific word is really quark. I just added the Y ‘cause it sounds cool.”

“What’s a quark?” the birthday girl, Nia, asked from her special chair of honor up on the stage of the patio. Her princess tiara slipped, and she straightened it on her head.

Like a wise old clown, Mally clasped his hands behind his back and walked deliberately back and forth, heel to long toe, as he explained protons and neutrons and the tiniest of particle matter called quarks. He didn’t make eye contact with Beau, way there in the back, but he knew he had her full attention. Stopping, he snapped his suspenders. “Now, I have a question. Who here would like to feel a star?”

Shouts of “Me! Me!” rang out, and he held up his gloved hands. “Very well, my little Einsteins. Here’s how—” Mally tilted his face and looked at her sideways. “Oh no, little Miss Birthday Girl?”

He addressed them all. “Let’s see if I’m joking. Close your eyes and lift your chin,” he instructed them. When they’d all done that, he went on. “What do you feel?”

“Hot!” someone called out.

“That’s perfect. Right this very minute, you’re all feeling a star. Now, lower your chins and open your eyes and look at me,” he directed. “I told ya! The sun is our very own star here in the universe.” “Why doesn’t it fall down on us?” a little voice asked.

“Yeah, what keeps it up there?” someone else asked.

“Why don’t we ever bump into the moon?” This from a dad with a grin in his voice.

Mally silenced them with an index finger pointing up. “It’s called gravity.”

Unable to control his need to be closer any longer, Mally zoomed in on Beau and made his impromptu announcement. “It’s time to introduce you to my assistant.” Ignoring her silent plea not to, he brought all their attention directly to her. “Nia,” he instructed, pointing, “see that nice lady with the crazy, curly hair standing next to your mother?”

“That’s Doctor Isabeau Tweedman, gravity and chemistry specialist. Please go and get her.”

“Okay!” Nia skipped back to Beau and took her hand.

Frantically shaking her head, Beau said, “Oh, no. No, thank you, Nia.”

Nia frowned. “You gotta. He said.”

Beau wanted to strangle him where he stood. She looked down into Nia’s sweet face. How could she refuse now? “Well…”

“Can you make it by yourself?” Nia whispered. “I have to go to the bathroom.” Trusting Beau to be a good girl, she turned to her mother. “Let’s give her some encouragement, everybody,” Mally suggested. He started the chanting. “Bo-Bo! Bo-Bo! Bo-Bo!”

When everyone eagerly joined in, Beau shrugged, then headed up there. Her heart was clanging with anticipation, and wouldn’t you know it, he’d made her feel light and carefree. Her laughter bubbling out of her, she went with the flow and blew kisses to her audience as she made her way to the bane of her existence, the keeper of her soul, the smile that filled her empty heart. “Here I am, Quarky,” she said, throwing open her arms. “All yours.”

Mally winked twice at their audience, honking his horn both times. Moving Nia’s chair behind Beau, he began. “Thank you for coming, Doctor. My little friends here would like to know what gravity and chemistry are. Think you can enlighten them?” He undid a cube of bubblegum and stuck it in his mouth. Gesturing to all the kids to do the same, they immediately did as Beau cleared her throat and began.

“Gravity is the physical energy that draws objects to each other. The heavier an object is, the more the gravitational pull. It’s what keeps you here in this yard. The earth weighs more than you do, so its gravity keeps you from just floating up and into space. But the sun weighs even more, a lot more. You could combine the weights of all our planets, moons, meteorites, and comets, and they’d all still weigh less than our sun.” Her nervousness faded away as she got caught up in fascinating facts and numbers. “Would you believe it takes over three hundred thousand earths to match the weight of the sun? That’s why it has enough gravity to hold the planets in an orbit around it.”

She jumped and snapped her eyes closed when Mally shot a stream of water into her face from the plastic red rose on his jacket.

Glaring at him against the background of childish laughter, she shouldered on. “But now you wonder, if the sun has more mass than the earth, why don’t we fall off the earth and into it?” She waited for an answer, but they were all just sitting there, gaping at her with their mouths busily chewing, so she did it for them. “Because you have to add in the equation of distance, too. You’re closer to the earth than you are to the sun, so earth’s gravitational pull is stronger, even though the sun is heavier and controls the movements of all the planets around it. We’re anchored by the power and strength of the earth, and the earth and the other planets are affected by our sun. Isn’t that amazing?” Coming out of the thrilling fog of science and back into the reality of the party, Beau looked around. Crap, they weren’t even paying attention to her. They were riveted to whatever was happening behind her. She turned to see what he was doing now that was causing them to snicker.

He was yawning. She whacked him in the arm and continued.

“Let’s move on to chemistry. This is a very broad subject, and it’s difficult to confine it to a singular definition.”

She noticed they were all starting to yawn for real. Oh, dear.

“Let’s boil it down to basics, shall we?” She started ticking them off with her fingers. “First, we have dynamics, which refers to how atoms are rearranged during chemical changes. Secondly, there’s energetics, which refers to the chemical changes influenced by the uptake or release of heat. Thirdly…” She could see she was perilously close to losing them all because they weren’t even looking at her now. They were watching Mally behind her and whatever idiotic thing he was doing. Still, what else could she do? She kept going. “There’s composition and structure that depends on the chemical changes. And finally,” she concluded, enormously grateful she was almost done, “we have synthesis, which refers to the formation of new substances.”

Both kids and adults burst into stupendous applause, and she turned around. Mally was blowing a bubble inside of a bubble inside of a third bubble. She felt like clapping herself at that feat. “Did you bring me up here as a foil for your juvenile insanity?” she muttered. Mally sucked in a breath and the gum deflated. Chopping it into his mouth, he grabbed her hand before she could blink and plopped the slimy wad into her palm. “I brought you up here so you could hold my props.”

Beau gawked down at her hand. “Ick.”

Flashing that grin that warned her the best was yet to come, he turned to their audience. “Let me make it simple, starseeds. This is gravity,” he said and gently pushed Beau down into the chair. He gave her an expectant smirk. “And this, boys and girls, is one hundred percent pure chemistry.” Grabbing her shirt, he hauled her to her feet and crushed his mouth down on hers.